Understanding dog body language is extremely helpful when communicating with your dog. Like us, dogs communicate their moods through postures, and when we can understand those postures, we can finally understand what a dog is doing and why it’s doing it. 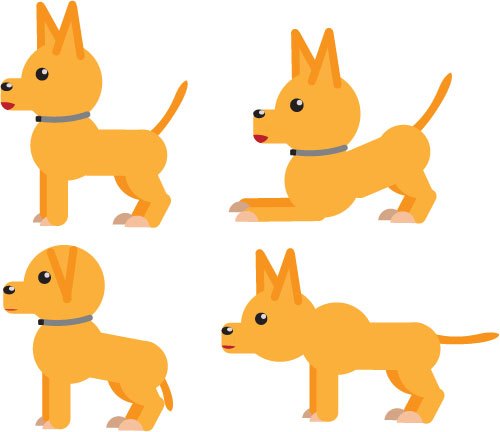 A lot of dog postures communicate desires, moods, and ranks. They’re easily interpreted by canines, but not people. We may for example misinterpret a wagging tail as a sign of friendliness when it could mean a dog is scared and doesn’t want you to hurt it, or it could mean that the dog will bite you if you continue toward it or its territory.

The best way to interpret dog body language is to observe all of its body parts: the facial expression, the stand, the tail, the wrinkles… everything. You can’t depend on just one part to fully interpret a message especially if you’re dealing with a dog with a docked tail or curly tail for example.

In general, a happy dog that’s eager to play will lean forward and rapidly wag its tail. (If the dog is simply glad to see you, it will wag its tail in a slower fashion.) It may also bark a few times, bow, jump, or let out a playful growl. You can discern a playful growl and bark from a warning growl bark via pitch. A dog’s playful sounds are emitted at a higher pitch than its serious ones, which consequently communicate aggressiveness or irritation. If a dog smiles, you’ll recognize it by seeing a slightly opened mouth that barely exposes teeth. The only wrinkles you’ll see on a smile are wrinkles near the corners of the mouth, and the rest of the face is relaxed.

When a dog is afraid, it tries to minimize its size. It will lean back, crouch, and look away. A frightened dog’s tail points down or it’s placed between its legs. It may also lick its lips, expose its belly, or pee. But just because a dog is afraid, that doesn’t mean it will stay that way. A dog has a fight or flight instinct just like a human has, and it may attack if it doesn’t have an opportunity to flee (especially if it’s on a leash). This is what can make fearful dogs more aggressive (and dangerous) than dominant dogs.

When a dog is alert, it tenses its muscles, points its ears up and forward, and it slightly wrinkles its face. It may also point its tail up or parallel to the ground and wag it very slow, sometimes keeping it still in-between wags. The hackles on an alert dog may rise as well. An alert dog isn’t anything to be too concerned about. This is a response all dogs exhibit when they’re listening to unfamiliar sounds. The only thing to watch for is a sudden leap into aggressive behavior, indicated by low growls and teeth bearing. Right before a dog becomes aggressive, it’s in an alert state.

A dog that’s both dominant and aggressive will make itself look bigger than it really is by leaning forward, bearing teeth, raise its hackles and wrinkling its face. Its ears also point forward and its tail wags very slowly as the dog issues an intense stare. If you see hair raised along a dog’s back (hackles), the dog is either afraid or aggressive. Hackles aren’t easily seen on dogs with long hair or dogs that have natural hackles (like the Rhodesian ridgeback or Thai ridgeback). That’s why you need to look for additional cues.

Body position, exposed teeth, the number of wrinkles surrounding the mouth, and ear position are good tools to use when trying to interpret the intentions of a dog. A dog will show its teeth for example when it’s afraid, aggressive, hunting prey, or simply playing. The more teeth and gum you see, the more aggression you should expect. Of course, the less teeth and gum you see, the less aggression you can expect. If you see a only small portion of teeth, it could be a warning though and you really have to look at other cues.

The dog smile bears teeth, but not very many of them. It accompanies lowered eyes, a wagging tail, hanging tongue, and a few mouth wrinkles. If you see a lot of wrinkles around the mouth and on the nose, you’re not looking at a smile at all. You’re looking at a grimace instead that may indicate agitation, fear, or aggressiveness.

The following cues will help you correctly interpret your dog’s mood: 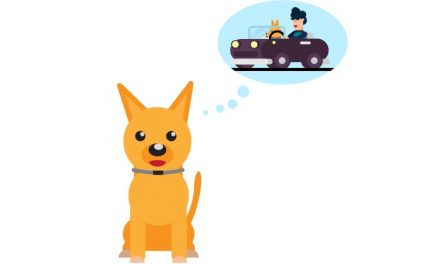 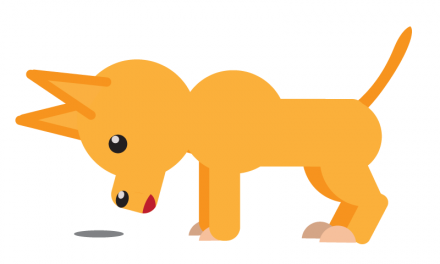 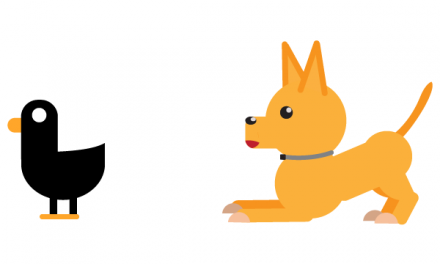